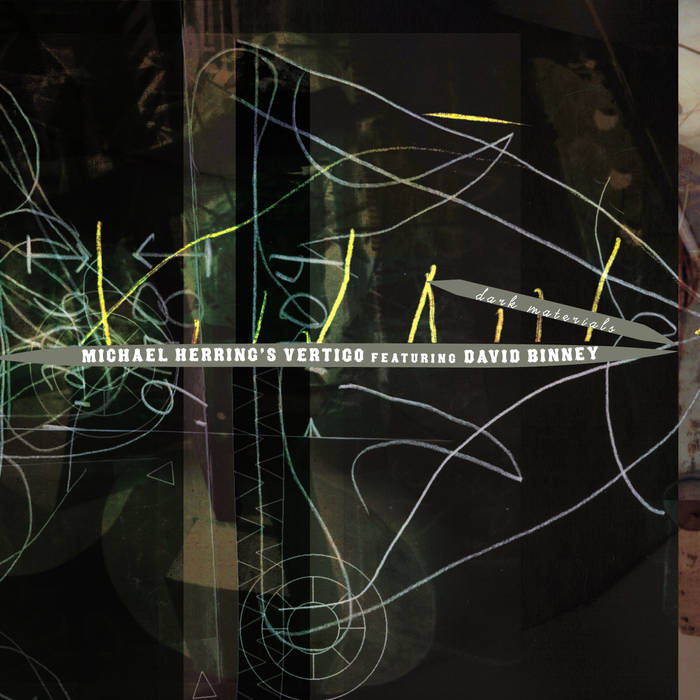 Dark Materials is the second release by Michael Herring’s Vertigo, once again featuring New York alto saxophonist David Binney (winner of both Downbeat Critics’ and Readers’ polls, 2007). Following up on Coniferous Revenge (one of the top 5 debut albums in All About Jazz New York - also featuring Binney), Dark Materials is the result the imaginative David Binney bringing his trademark energetic solos to ten of Herring’s new original compositions, rounded out by a stellar band made up of the strongest voices in the next generation of Canadian jazz.
The “unusual instrumental colours, carefully composed rhythmic structures and catchy-but-offbeat melodies” (J.D. Constidine, The Globe and Mail) that characterized Coniferous Revenge return with Dark Materials delivering toe-tapping grooves that are an inviting entry point to the sophisticated writing. Vertigo draws on the influence of New York’s “downtown” scene - Binney, Drew Gress, Scott Colley, Chris Potter, Mark Turner - as well as the 1960’s tradition of three horn writing - especially Wayne Shorter and Booker Little - and modern-jazz pioneers - Dave Holland and Paul Motian. You can also hear influences of 20th Century classical, reggae, electonica, folk and grunge rock.
Recorded during a Canadian national tour, Dark Materials finds the band at its strongest, playing intense solos intermixed with subtle ensemble playing and once again packaged in the inventive original art of Steve Byram (Screwgun Records, JMT, Beastie Boys Licensed to Ill).
Vertigo’s backbone is made up of Toronto's most exciting young jazz musicians, who have garnered much of their own accolades: Quinsin Nachoff - tenor saxophone and clarinets (“one of the truly bright jazz minds hereabouts” Mark Miller - The Globe and Mail), William Carn - trombone (“William Carn is a charter member of the impressive new generation of players that is making an impact.” Geoff Chapman - Toronto Star), Don Scott - guitar (“Balancing the cerebral with the visceral... a guitarist from whom more, no doubt, will be heard” - John Kelman, All About Jazz) and Nick Fraser - drums (“Fraser not so much plays the drums as hurls himself whole body and soul against skin and metal…truly talented.” Bill Stunt - CBC Radio.
What the critics have said about Michael Herring’s Vertigo:

“one of the most exciting and interesting [albums] to arrive this year… The ensemble passages are all rich in texture, catchy hooks relieve the aura of intellectual rigour, the boss's bass soars and swoops and the overall impact is tremendous” Geoff Chapman - Toronto Star

"Michael Herring has established himself as one of the most creative musicians on the Canadian scene... A triumph!" Joseph Blake - Times-Colonist

This recording was made possible through the assistance of the Canada Music Fund and the Music Section of the Canada Council for the Arts and by a grant from the Ontario Arts Council.

Bandcamp Daily  your guide to the world of Bandcamp